The school is a group of buildings that were erected at various times, but the original Union High School Building at the front of the complex was built beginning at the end of 1926 after voters in the school district approved the $35,000 construction project that year. The architect was George M. Rasque, who was known for designing other local school buildings in the period. Bricks on the building were fired in Mead.

The 1926 high school graduating class was only 15 seniors, according to school records. 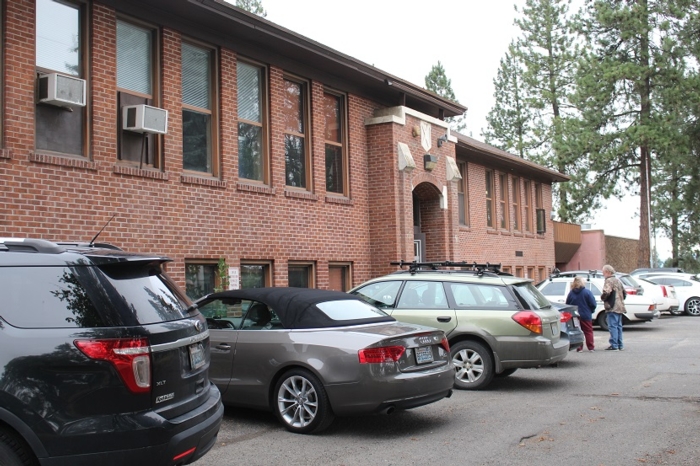 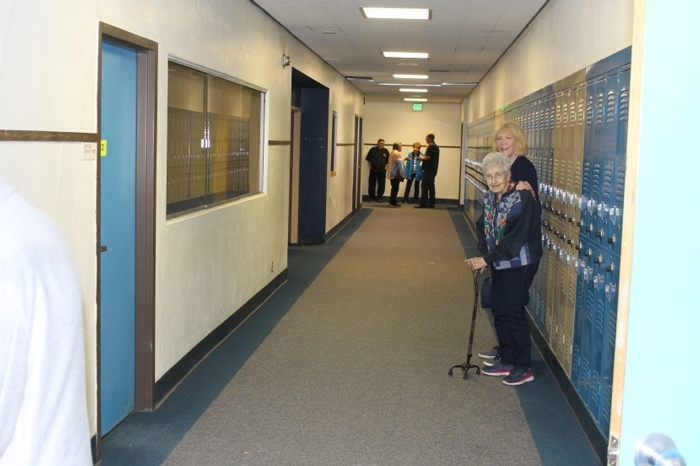 Hallway leading to the Principal's Office

(wonder why Mrs. Dormaier and Cathy (Corn) Dormaier '67 got called to the office??) 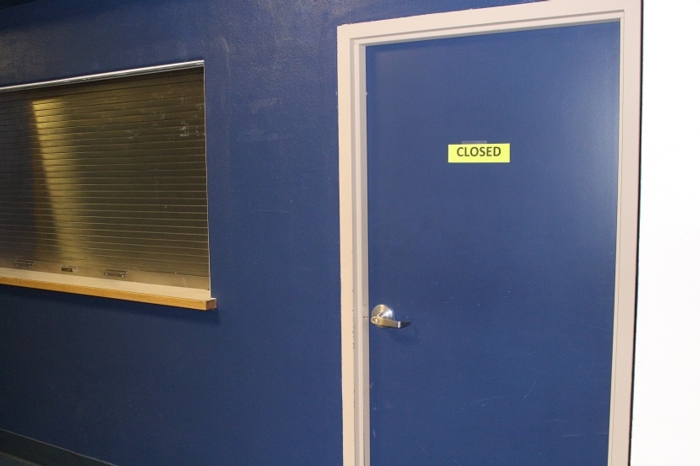 The Principal's Office is Closed today 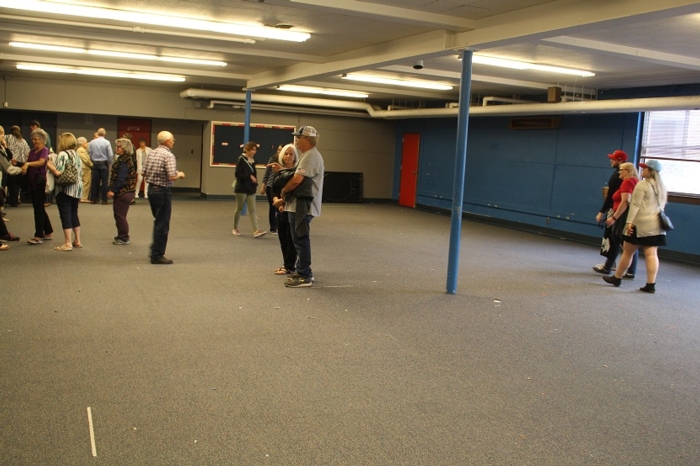 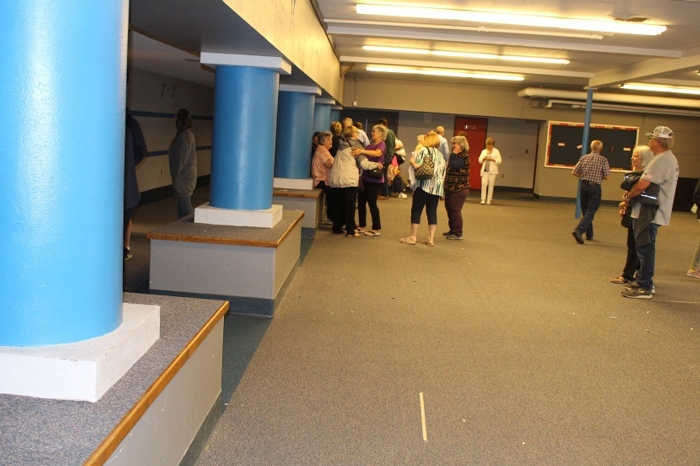 The Cafeteria (walls on the left to create more classrooms) 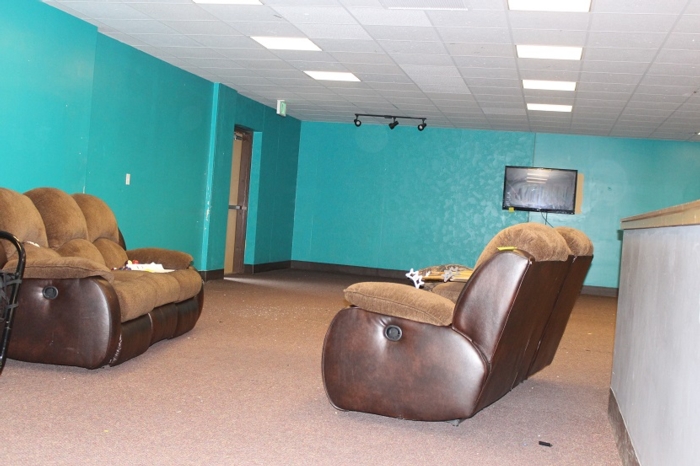 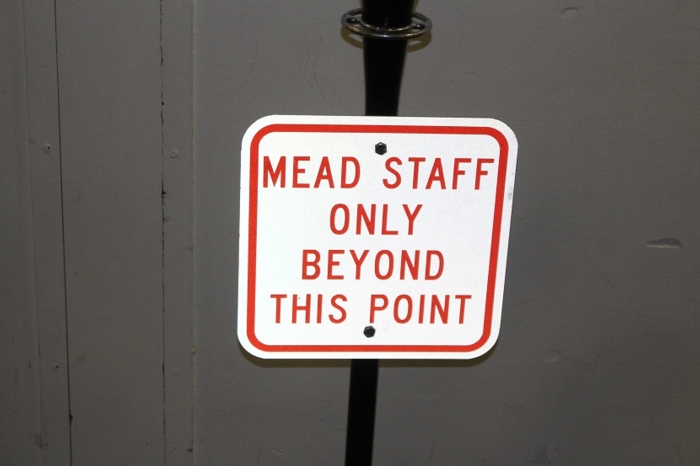 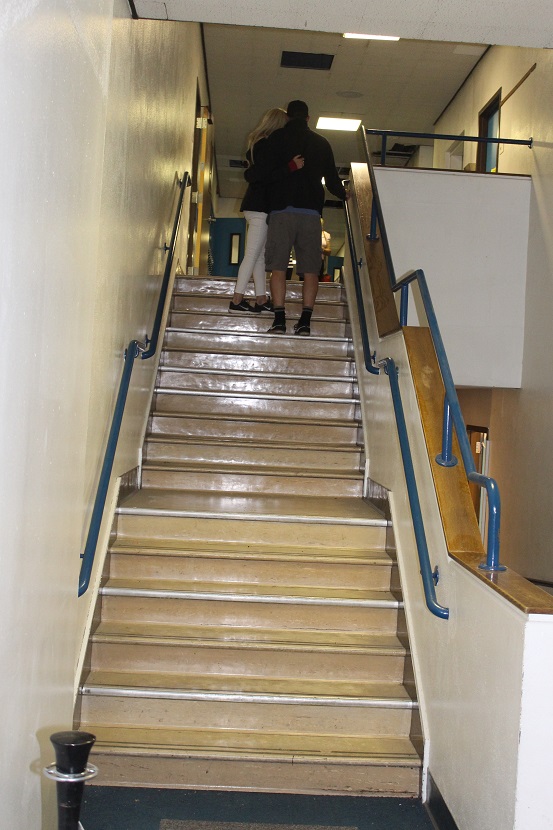 Staircase leading to the office 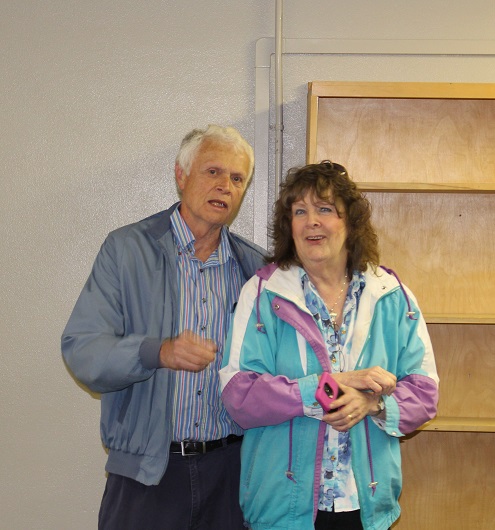 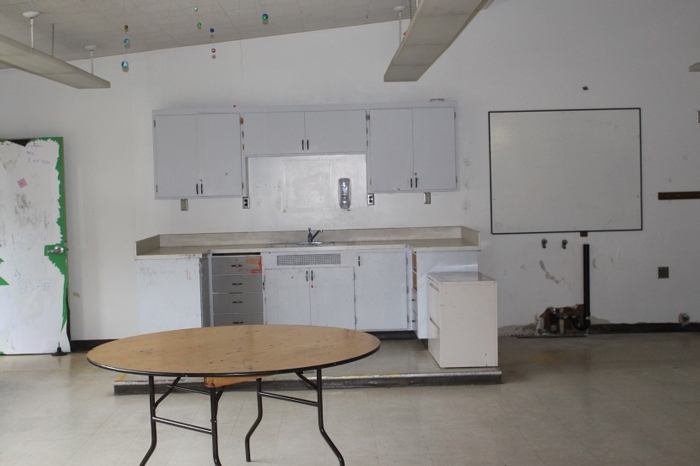 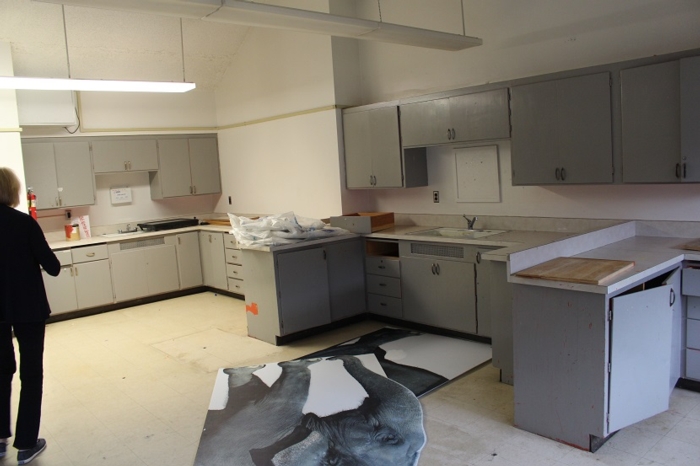 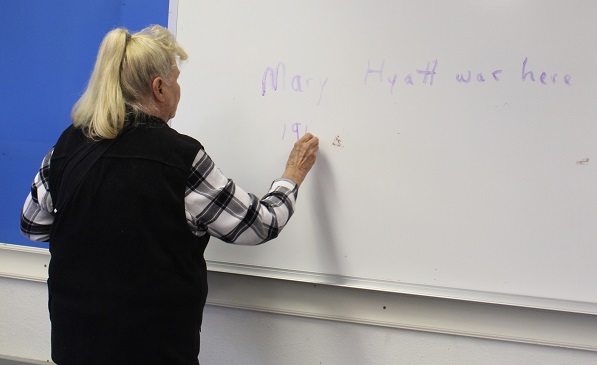 but no "brownie points" were given out 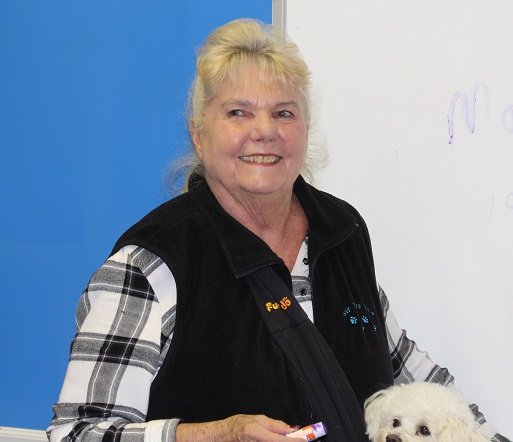 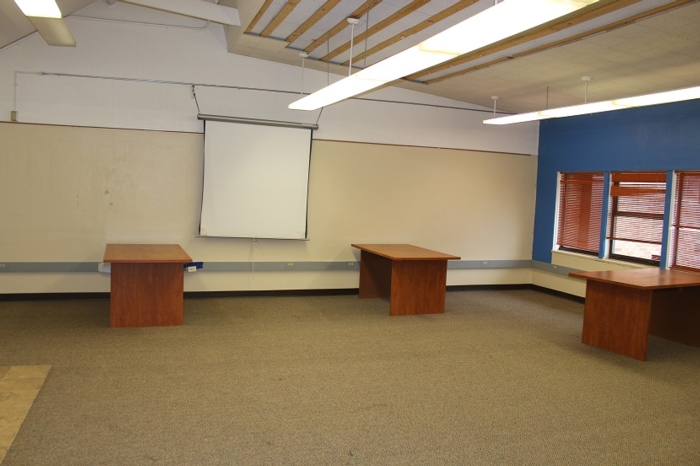 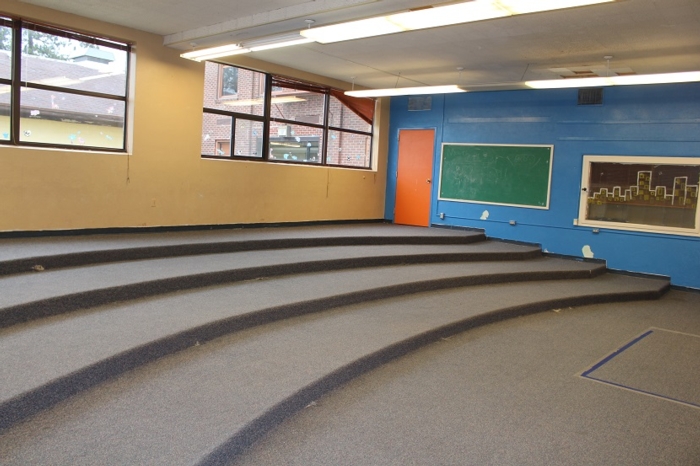 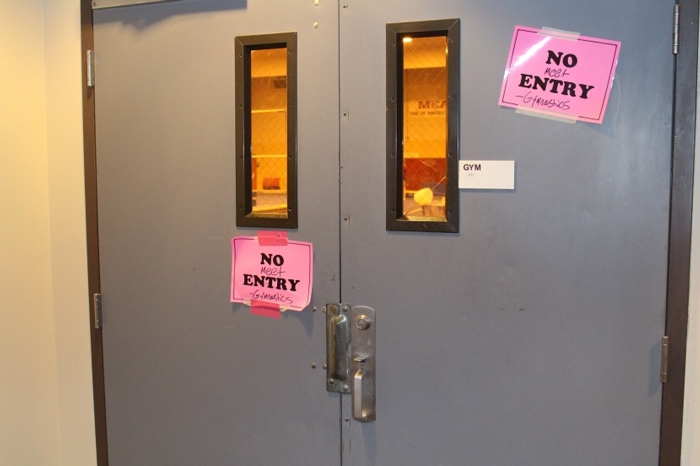